The Rebirth of an Ill-Fated Consort - Chapter 115.1

However, everyone in the Jiang fu was anxious. Jiang Quan was waiting for Jiang Ruan’s return in order to suppress her influence. Unexpectedly, however, the Empress Dowager had given an order for Jiang Ruan to remain in the palace, leaving him both tense and uneasy. Tongues were wagging behind his back everywhere he went these days, thus Jiang Quan simply pleaded illness and stayed home.

Jiang Su Su and Jiang Chao were also furious because recently news had started to spread outside that the two siblings were not Jiang Quan’s flesh and blood at all but were born out of adultery. The gossip that Jiang fu’s bloodline was messy and its backyard was chaotic became the laughingstock of the whole capital. Since following Xuan Li over the past few years, Jiang Chao had finally found some improvement in his official career and had begun to get rid of his incompetent image of the past. But, as soon as this matter came out, people looked at him differently.

Jiang Su Su was not faring any better than Jiang Chao. As the Jiang fu’s di daughter, she often attended gatherings and social events with other noble young misses. However, she had not received a single invitation recently. And even if she did receive one, she would be isolated by everyone. So what if she was as beautiful as a fairy or had a pure and noble temperament? She was just an illegitimate child.

When Jiang Dan heard about what was happening in the courtyard, she was overjoyed and showed a slight smile. “Da Jiejie truly has a good strategy. No wonder she was able to gain Empress Dowager’s favour.”

Her personal maid spoke cautiously, “Miss, in a few days, Third Miss is getting married.”

Jiang Li’s wedding was coming soon. Now that Xia Yan had completely lost power and Hong Ying was pregnant, the household matters were unexpectedly handed over to Second Yiniang. Jiang Li was Second Yiniang’s only daughter, thus she wanted to hold a grand wedding. According to the servants, the dowry was equal to that of a di daughter. Originally Zuo Langzhong was supposed to be engaged to Jiang Dan, but now he was getting married to Jiang Li.

Jiang Dan waved her hand. “Let her be.”

The maid saw that Jiang Dan seemed fine and then advised, “Miss, you have to make plans for yourself. Once Third Miss marries out, it will be your turn, but…” But up to now, nobody had come to the fu to propose marriage.

When Xia Yan was still around, she was always preoccupied with Jiang Su Su and simply couldn’t attend to Jiang Dan’s matters. Now, Second Yiniang was in charge and she also gave no thought to Jiang Dan. What’s more, Jiang Quan did not even remember that this daughter existed. In such a huge fu, she, a daughter of a concubine who had lost her mother, was practically forgotten in the corner.

Jiang Su Su had Jiang Chao, her elder brother, while Jiang Ruan was now Hong’an Junzhu. She was the only one left behind in this fu. If she continued such a pointless wait and passed the age when a woman was most beautiful, it would be very difficult to find a good family later on.

“What is there to fear?” Jiang Dan, however, acted as if she didn’t hear her maid’s words. “After the eighth month, isn’t it the time for selecting candidates to enter the palace?”

The maid was startled. “Miss is thinking about…” But, with Jiang Dan’s status and appearance inside the Jiang fu, her chance to be selected was indeed low.

Yet, with Jiang Ruan becoming Hong’an Junzhu, Jiang Li about to get married, and Jiang Quan unwilling to send Jiang Su Su into the palace, wouldn’t Jiang Dan be the only suitable candidate from the Jiang fu?

But, although everyone knew that entering the palace gave one riches and honour, it wasn’t really a good thing. If nothing else, the Emperor could be Jiang Dan’s father in terms of age. Thus, a family with a carefully nurtured daughter wouldn’t wish for her to enter the palace. What’s more, Jiang Dan was not favoured at all inside the Jiang fu and was also motherless. If she entered the palace without having any support, wouldn’t she be eaten up until none of her bones remained?

Although the maid had this thought in her heart, she could only lower her head without saying anything more. Jiang Dan had a slight smile with a strange look in her eyes.

In the General fu, Zhao Guang flew into a rage when he learned about Jiang Ruan’s mistreatment. How could anyone scold his granddaughter in such a manner in the Jiang fu? Did they think the General fu could be easily bullied?

Speaking of this, Zhao Guang felt aggrieved. After returning to the capital and being granted the Junzhu title, Jiang Ruan had not set foot in the General fu even once. Madam Li had even sent her invitations but Jiang Ruan declined all of them. Zhao Yulong knew Zhao Yuan Ping’s temper because he himself was extremely dissatisfied and expressed that Jiang Ruan had just been using the Zhao family before. And of course, now that she had a much better and higher connection like Empress Dowager Yi De, she was no longer willing to be involved with the General fu.

Zhao Guang didn’t agree with Zhao Yulong’s words. Jiang Ruan wasn’t relying on powerful connections at all, but he also didn’t understand why Jiang Ruan was keeping her distance. He was naturally resentful about the fact that he had not seen his granddaughter in such a long time. This battlefield’s mighty General felt hurt that Jiang Ruan would rather seek Empress Dowager Yi De’s protection than turn to the General fu for help. Seeing Zhao Yuan Ping’s indifferent face, he became even more furious and kicked him. “What are you doing in the house? Annoying!” With this grumble, he took the sword hung on the wall and went to practise swordsmanship in the courtyard.

Zhao Yuan Ping curled his lips. His father went crazy whenever he was in a bad mood. After giving it more thought, he also didn’t understand why Jiang Ruan kept herself apart from the General fu. It seemed to have happened for no reason and thus made Madam Li and his brothers deeply hurt. This young girl had been so hard to grasp from the very beginning that even a smart man like himself couldn’t understand her intentions.

Jiang Ruan and Lu Zhu had just accompanied the Empress Dowager for lunch and now Empress Dowager Yi De was taking. Just as Jiang Ruan was about to go and search for a book inside the study, Lu Zhu asked, “Miss, why haven’t you visited General recently?”

Lu Zhu was very curious. Even though Jiang Ruan was generally cold, she always observed proper etiquette and never let anything happen that could be used by others against her. So if she treated others with such courtesy, it went without saying how she ought to treat her own beloved grandparents. During the flood that year, Jiang Ruan had even used the grain she bought to protect the Zhao family from disaster. So Lu Zhu could see that it was not that she had no affection towards the Zhao family, but now she was so aloof. It didn’t make sense to her.

Jiang Ruan shook her head, but inwardly, it was clear as a mirror to her. If the General fu had ties with the Jiang fu, in the eyes of the Emperor, this would inevitably implicate them alongside Xuan Li. The Emperor seemed to like Xuan Li, but in private, only he knew for sure. Otherwise, Xuan Li wouldn’t have taken the risk to poison the Emperor in her last life. Now, the more distant her relationship with the Zhao family, the safer it would be for them. If the Zhao family became too close to her, it would be hard to avoid the Emperor’s conjecture. It was hard to fathom the Emperor’s intention, therefore, who knew what disaster could await the Zhao family?

Most importantly, the more indifferently she acted towards the Zhao family, the more those who had the idea to use the General fu through her would think twice.

However, she could not discuss these things with others and so could only hide them within her heart. Just then, as she turned into a corridor, she saw a man walking forward. He was dressed in an emerald green light silk official robe clasped with a deep purple and golden belt. The man was also glittering with gold from head to toe, but this was not all. The scent of perfume on his body could be smelled even from far away. On closer inspection, more than a dozen perfume sachets hung all over his body- all embroidered beautifully. At a glance, one could tell that those were things worn by women.

The man looked up and revealed a face similar to Xuan Li. He was not ugly, but with one look at his dark bluish-black eye bags, one would immediately know that he was someone who indulged in debauchery. He was stupefied to see Jiang Ruan and stopped walking.

Jiang Ruan was wearing a pale red skirt embroidered with flowers today. Since she stayed in the palace accompanying the Empress Dowager, Yang gugu gave her the plum blossom makeup that was recently popular inside the palace. Thus, her appearance became even more stunning, and her beauty alluring. As soon as the man saw her, his eyes seemed to be glued to Jiang Ruan, absolutely unrestrained as he looked her up and down in a wanton manner. 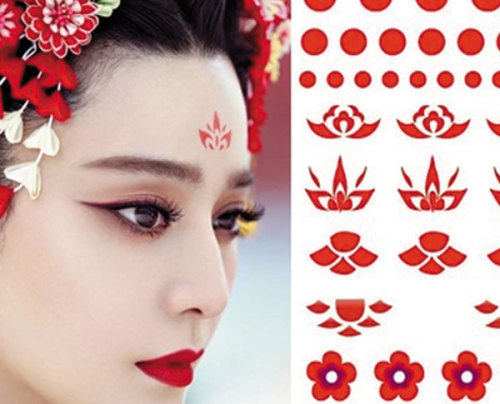 Lu Zhu almost burst with anger. Without thinking, she stood in front of Jiang Ruan and shouted in a loud voice. “How presumptuous, to dare to be so rude to Junzhu!”

The man shifted his gaze to Lu Zhu. In fact, Lu Zhu was pretty good looking as well and her manner of speech was also very cute. But, Jiang Ruan was too beautiful. The man swept a glance at Lu Zhu and then returned to stare at Jiang Ruan before speaking with a preposterous tone: “Junzhu, I wonder which Junzhu this could be.”

This man was not unfamiliar to Jiang Ruan. She had seen this man several times when she was in the palace in her last life. Xia Jiao Jiao harmed her at that time by deliberately letting the man see her face. Then afterwards, he had groped her in the garden. Fortunately, Xuan Li rushed over. But later, once the man had a chance to enter the palace, he seized the opportunity to harass her further. He was exactly the same good-for-nothing prince that was spoken of in the rumours, the Third Prince, Xuan You.

Register For This Site.

Please enter your username or email address. You will receive a link to create a new password via email.